On Thursday, January 28, 2021, the monthly meeting of the members of the Board of Directors of HCGM was held virtually on the Zoom platform, in the presence of the Media. 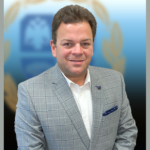 After the establishment of a quorum and prayer, the President of the Community, Andreas Crilis, made reference to the correspondence of the month. 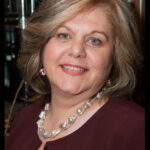 HCGM Treasurer, Voula Neofotistos, then proceeded with a line by line review of the consolidated budget for the organization for the period ending June 30, 2021. For a summary report on the budget, click here: HCGM 2020-2021 Consolidated Budget.

The President began his report by thanking Ms. Neofotistos and the HCGM accounting department for all their hard work on the budget. He then spoke briefly about the transfer of the Foyer Hellénique pour Personnes Agées to the HCGM. This is an important financial transaction that the HCGM takes very seriously. We have been actively working to ensure that the transfer will be affected in the most positive manner for the HCGM. This being said, the President stressed that until the transfer is final, the Foyer remains an independent organization that manages its own financial situation and its own income and expenses. Moreover, the property is being managed and administered as efficiently and effectively as it has been done in the past. He also stressed that the presence of members of the Board of Directors of the HCGM on the Board of Directors of the Foyer ensures that the interests of HCGM are fully protected.

Next, the President thanked MNAs Pierre Arcand (Mont-Royal–Outremont), Andrés Fontecilla (Laurier–Dorion) and Guy Ouellette (Chomedey) for their recent financial contributions to the HCGM and our churches. He also took the opportunity to thank Nick Flouris for his efforts to help the HCGM apply for an additional CEWS subsidy.

Mr. Crilis then announced that our churches have reopened, but with no more than 10 people in attendance. We must all continue to be vigilant. February 9th is International Greek Language Day and will be celebrated with a series of video clips featuring the students of our schools. Our planning continues on activities to celebrate Greece’s Bicentennial. The March 25 Doxology will proceed from Evangelismos Church with only 10 invited guests, and a Wreath Laying Ceremony will take place. The parade will be held in October, with the hope that provincial COVID-19 restrictions will have significantly eased by then. 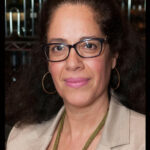 As Secretary of Social Services and HR, Anna Dimitrokalis informed the Board that several applications have been made through the Canada Summer Jobs Program to create a large number of summer work opportunities at the HCGM for young people aged 15 to 30. 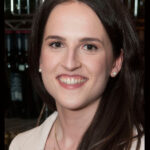 Secretary of Youth, Emmanuela Stratoudakis announced that a joint committee has been established with the Hellenic Board of Trade of Metropolitan Montreal to facilitate the exchange of information and initiatives that support the missions of both organizations, one such example being a mentorship program to match students of Greek origin with mentor of Greek origin with a background in their field of study. 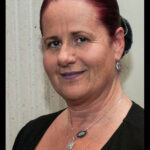 Vice President and Secretary of Education, Tassia Tsaousi, reported that classes resumed normally at Socrates-Démosthène on January 11, with no incidences of COVID-19 to date at any of the campuses. The General Director of Socrates-Démosthène, Chris Adamopoulos, who was in attendance this month, added that air quality tests are being carried out by the education ministry in our school and so far our results are very good. 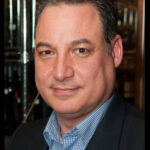 The Secretary of Public Relations, Dimitris Katsaounis, reminded everyone that we have an HCGM Job Board and everyone should help to promote it. Especially during these difficult economic times brought on by the pandemic, Greeks should help Greeks. 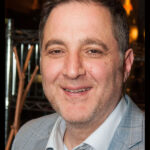 The Secretary of Athletics, Zachary Tourlas announced that planning for summer camp will commence soon, with the hopes we can have camps in all 3 regions this year.

Questions were then asked by the members of the Board of Directors, among whom the issue of the absence of some Directors from consecutive board meetings was discussed. The Secretary General of the HCGM, Haralambos Barbarousis, informed everyone that all absences are recorded and, to date, all are justified. During the media question period, it is worth noting the comment of the Secretary of Youth, Emmanuela Stratoudakis, who urged the media and the Hellenes of Montreal to unite with us and contribute in a positive way.

The next meeting is scheduled for February 9, 2021.