Virtual Meeting With the New Ambassador of Greece in Canada 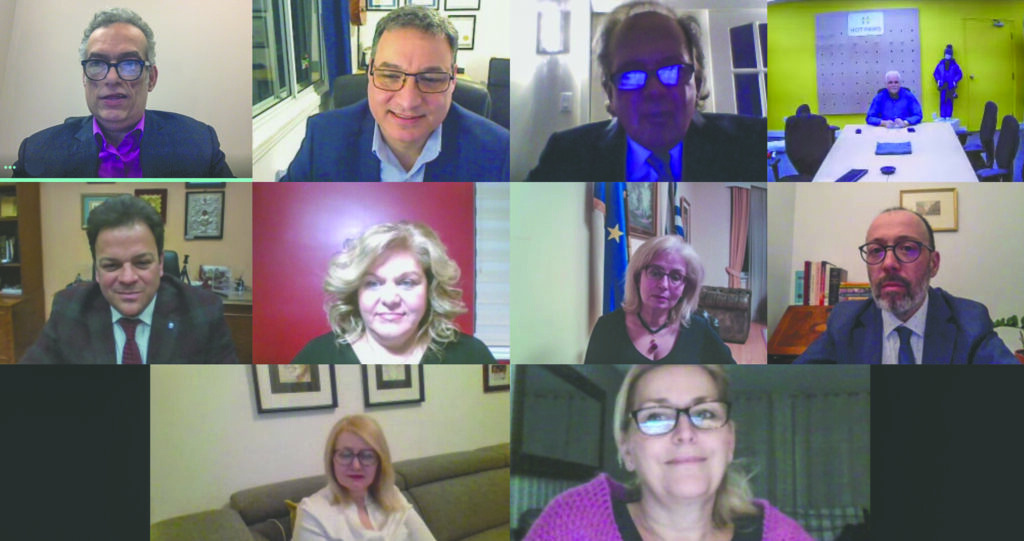 On Tuesday, February 23, 2021, on the initiative of the Consul General of Greece in Montreal, Mr. Michalis Gavriilidis, an online meeting was held to introduce Her Excellency, the Ambassador of Greece in Canada, Mrs. Konstantina Athanassiadou, to the Hellenic Community of Greater Montreal (HCGM).

The President of the HCGM, Andreas Crilis, and various representatives of the HCGM had the opportunity to briefly present the history, mission, and achievements of our community. Special emphasis was given as always to our schools (both day and supplementary) which are the pride of HCGM, while at the same time highlighting the important role of the community to preserve our cultural identity and our religion.

The Ambassador, in turn, stated that she was impressed by the Hellenism of Canada and everything she has heard about the community of Montreal, which she has had the opportunity to visit in the past in another capacity. She seemed very informed about the many achievements of HCGM and assured us that she would visit us as soon as conditions allow. She shared with the HCGM that the Embassy is planning events to celebrate the 200th anniversary of the Revolution of 1821 and especially on Greek Independence Day, March 25. She reinforced for all in attendance that the purpose of the Embassy of Greece in Ottawa is to strengthen Greek-Canadian relations and that it will work diligently in this direction.

The meeting ended with the commitment from both sides that meetings will follow to develop our joint actions not only to celebrate Greece’s Bicentennial but also in other areas.

We warmly thanked the Ambassador for the meeting, and we look forward to a close cooperation to achieve our common goals.