The Greek Summer Festivals Are Back 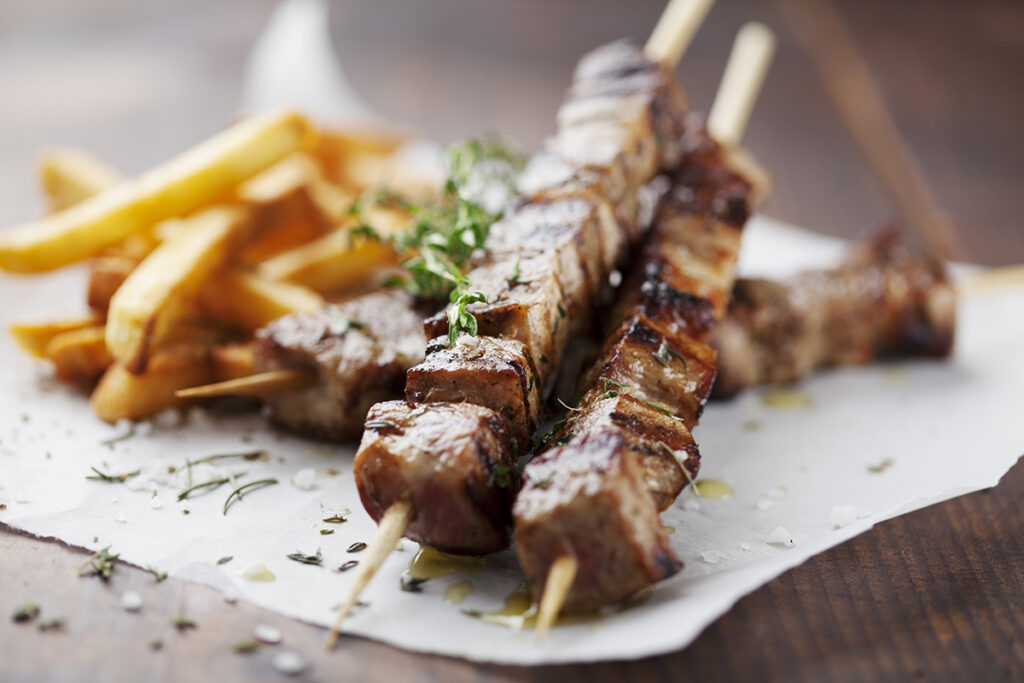 Following up on the Québec Government’s new health measures, allowing for festivals to return to our city, the Hellenic Community of Greater Montreal (HCGM) has two Greek Summer Festivals coming up this weekend and next.

The menu will include pork or chicken souvlaki (brochette), french fries and chopped salad. The South Shore Ladies Auxiliary will prepare a variety of Greek desserts and savoury pies, while the teens of Met Youth (our church group for youth and young adults) will prepare the popular Greek iced coffee, called “frappé”.

The following weekend in Laval, the HCGM will organize another festival in the courtyard of Holy Cross Church (4865 du Souvenir, Chomedey, Laval, Québec, H7W 1E1) from July 2nd to the 4th from 5 to 11 p.m. each day. The same COVID safety measures will apply. The menu will include pork or chicken souvlaki, sausage, Greek salad, feta, beer, soft drinks and loukoumades (Greek donuts) from Mr. Puffs.

The theme of the festivals is “Celebrate Greece” in the context of celebrations of the Bicentennial of Greek Independence. Come and join the festivities and celebrate Greece with us.